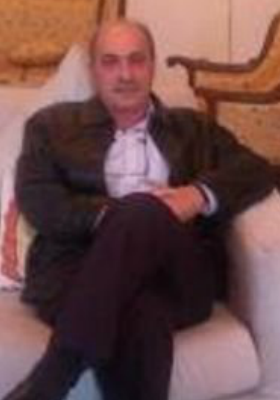 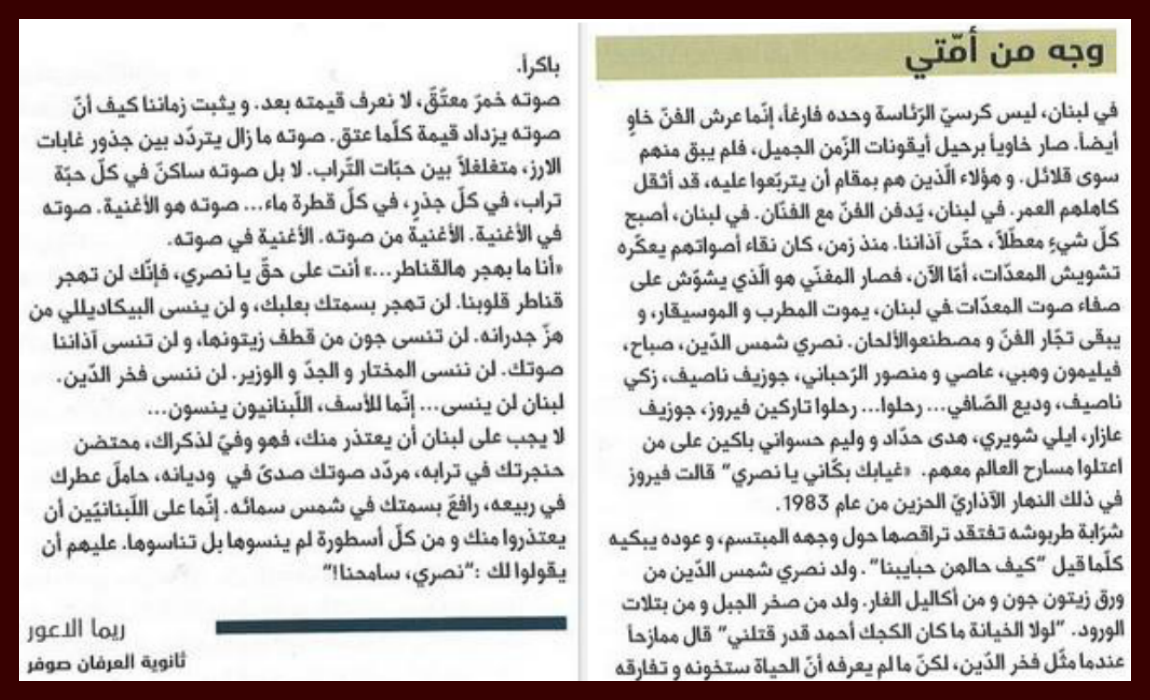 We Found Treasure Island
His voice is older than time. His voice gave birth to the glorious mountains we see. His vocal cords were irrigated with the golden water of talent and pageantry. Embodying the true meaning pf the term ” The One and Only “, Nasri Shamseddine is a wondrous singer that had a heavenly and empyreal voice.
Nasreddine Moustafa Shamseddine, rather known as Nasri ,Shamseddine, was born on June 27, 1927, in the town of Joun in Mount Lebanon, being the sixth child among his nine siblings. Thanks to his mother that bought him a musical instrument, the ” Oud”, Nasri’s talent prospered due to the encouragement he received from her. He acquired his primary education at “Joun’s Elementary School’, and his secondary education at “Al-Maqased” in Saida.
Yet, the boisterous river of his marvelous voice burst to life during the weddings and parties of his village. At the age of 17, he worked as an Arabic teacher at “Shib’a’s” school then at “Al-Ja’fariyah” school, but then quit his job in quest for his passion.
He moved to Beirut, and joined “Nahas Film” company, with which he traveled to Egypt in 1950 to begin an acting career with Ismail Yassin’s crew. He also studied music for 3 years.
However, only 3 years of music weren’t enough to launch Nasri’s potential, so he traveled to Belgium and returned yo Lebanon holding a diploma in both music and singing. Unfortunately, the doors of art weren’t wide open all then, so he shifted to telephone communication business, before luck clasped his hands as he read in a local newspaper that “Al-Sharq Al-Adna” radiostation needs chorus performers. And that’s where he met Al-Rahbani Brothers, Fairuz, Halim Al-Roumi and Abdul Ghani Sha’ban. His 30-year career dashed through short sketches he performed with Fairuz.
His first song, “Bhalfak Ya Tayr Bel Fer’a”, was a work of the witty Philimon Wehbe, to which Nasri sang more than once.
After that, the theater was honored to welcome his steady footsteps to its stage, as Nasri started an acting career with the Rahbani trio through 3 movies of which one was his idea ( The Ringsalesman- Baya’ Al Khawatem ) and in 20 operates which were total masterpieces. These plays started 1957 in Baalbak and ended with “Petra” in 1978.
None the less, his works weren’tlimited with the Rahbani family, as he cooperated with Sabah, Majdala and Walid Ghoulmiye: in addition to many composers amd writers such as Halim Al Roumi, Melhem Barakat, Zaki Nassif and Philimon Wehbe, specially during his solo career in which he released his first album, “Tarboush”. He also traveled to many countries like Brazil and Australia.
In 1956, he got married to Yusr Al Daouk. He has 6 children: a couple of twins ( Almaza and Moustafa; Rima and Lina) and May and Maher.
Unfortunately, the camera of death captured his soul and left us only pictures of him to see, on the night of March 18, 1983, on stage in Damascus, Syria, at the age of only 56. He suffered from a cerebral hemorrhage on stage, and fell to the ground as he was singing.
It was unfair to cultivate a young talent before it spread the scents of its blossoms to the whole world. He breathed the air of beauty, and endowed a pearl in his throat. Maybe, it’s the treasure that John Silver of “Treasure Island” was looking for.

A biography for Nasri Shamseddine written by me. A small tribute from a person that endows Nasri Shamseddine in her heart, and sings along with his immortal melodies with every heartbeat. Nasri Shamseddine, together forever, though not by bodies but by soul. RIP music in his grave because after his death, music is no longer music.

When tenderness merges with power
You immediately come to our mind
Us, with love your voice never fails to shower
We crave your voice to be around our hearts twined
Listening to your voice hour after hour
To the glamour of it we find ourselves confined

Every time I hear you singing
I am imprisoned by the charm of your voice
Yet in my core, I feel hollow from longing
Simultaneously, I cry and I rejoice
In my chest, feelings are thronging
Other than feeling sad for your passing I have no choice

How do you do it, I really want to know
How do you convey love in a voice so manly?
Its smooth miraculous beautiful flow
Cannot be human, rather heavenly
Sentiment as tender as flowers of a weeping willow
Sung mightily and solemnly

Two are the drainers of my rapture
The ecstasy I feel when I hear you sing
In my soul, your death leaves a deep fracture
Their hand around my heart, it, sorrow and nostalgia wring
And even though you are a cornerstone of our culture
Ungratefully your gift ungrateful people fling

I know that you don’t need them
Above them you are, soaring like an eagle up high
You and your smile are a precious gem
When the price is cheap, every one hurries to buy
To the diamond that you are, the light of the tin they are is dim
Next to the cedar you are, they are no more than a bonsai

The absence of your voice and smile leaves a sting
A voice so calm, poised, tender, manly and serene
You will forever be the greatest choragic king
Forever missed, the beautiful Nasri Shamseddine